Anthony Melchiorri, Associate Director of the Biomaterials Lab, explores the fiction-based origins behind the modern science of bioprinting. 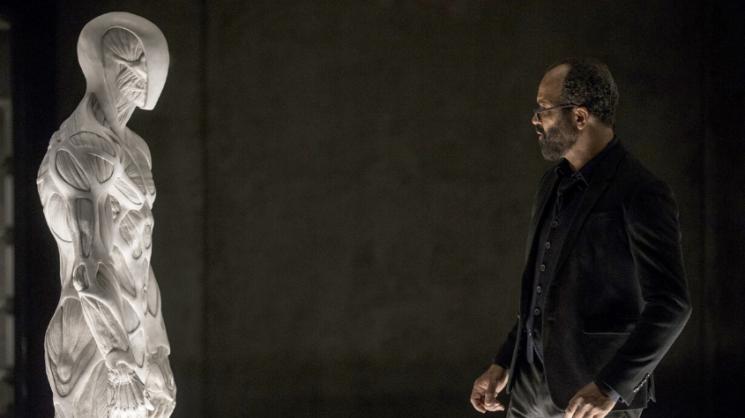 Working in a facility where the ultimate goal is to 3D print artificial organs and live tissues sounds right at home in a neon-streaked world where androids roam the streets and fleets of driverless flying cars zip overhead. At Rice University’s Biomaterials Lab, that’s our present-day reality.

As a shared facility, the Biomaterials Lab regularly welcomes and hosts researchers interested in topics ranging from engineered bone cancer models to 3D-printed templates for nerve regeneration. Investigators and students can access novel technologies to bring their ideas to life.

And all that begs the question: Where do these ideas come from?

The 3D printers that are commonplace today seem born from their predecessors in science fiction, like the Star Trek replicator or the Food-a-Rac-a-Cycle from The Jetson’s. Both shows predated 3D printing’s first patent by Chuck Hull in 1986.

Hull may not have been directly inspired by either of these science fiction shows when he designed the first method for producing three-dimensional objects using stereolithography, but the concept of a machine that can fabricate whatever you might desire in three-dimensional space obviously dwelled in humanity’s collective subconscious before Hull’s invention.

Early evidence of bioprinting (3D printing live cells) can be traced to Four Sided Triangle by William F. Temple, made into a 1953 film directed by Terence Fisher. The story documents an ill-fated love triangle temporarily turned square by biofabricating the fourth missing corner. A new human is brought from non-existence, molecule-by-molecule, in a “tall metal container” by a “complex assemblage of apparatus.”

Science fiction is an open sandbox for ideas. It preserves our wildest dreams and serves as an incubation chamber until technology and society catch up to transfer those fantasies into existence.

These stories give us an opportunity to experiment with the ideal states for our technologies, conjure new possibilities for future research, test the public’s receptiveness to these concepts and prepare them for the arrival of the new technologies.

No good science fiction story would be complete without asking (or at least very subtly implying) the question: Just because we can, should we?

Mary Shelley is often credited as the godmother of science fiction, the author who not only brought Frankenstein’s monster to life, but the entire genre. Maybe it’s not a coincidence that the first science fiction story didn’t propose traveling the ocean’s depths or launching ourselves into outer space.

The story delved into the human condition and the reconstruction of life from death, a dangerous ambition if pursued recklessly, as suggested by the lamentable story Frankenstein’s monster tells us.

The fascination with exploring the technological possibilities offered by bioengineering flourishes in popular science fiction as wildly as a virus.

1966’s Fantastic Voyage depicts a nuclear-powered submarine with a crew of scientists shrunk to micron-sized proportions so they could travel through another researcher’s arteries to eliminate a life-threatening blood clot. Perhaps that’s a precursor to the advanced nanoparticles and therapeutics researchers are pursuing.

Bioprinting may take the form of artistic fabricators used to create artificial human beings in Westworld or it might sneak its way into a Grey’s Anatomy episode where doctors at a hospital use a 3D printer to make a blood vessel on the fly. 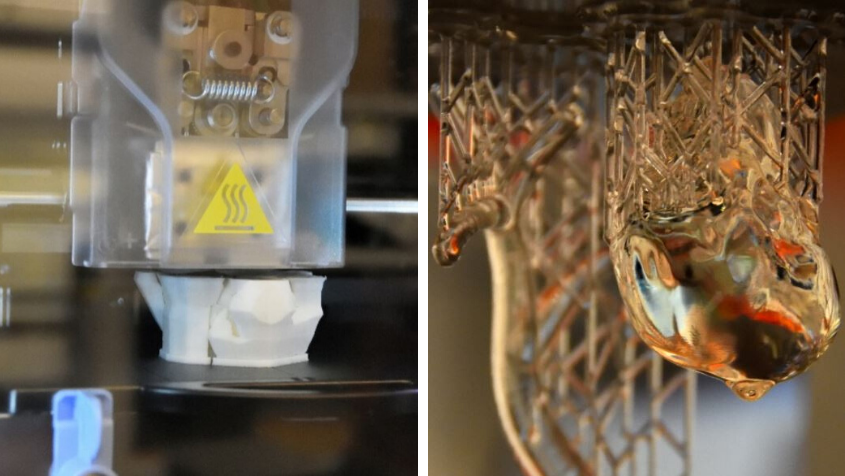 I’m confident we’ve got plenty of time before we’re making the 3D printed “hosts” of Westworld. I admit I laughed when I first heard about the use of 3D printing blood vessels in Grey’s Anatomy. At the time, I was working on that problem. It looks as though we’re close to watching that technology hit the clinic, with several new companies announcing such goals.

The biomedical treatments that seemed out of reach a few years ago suddenly seem possible. Outsiders will ask: What took you so long?

That’s where science fiction and the media’s penchant for setting the public’s expectations high get tricky. We want science fiction to inspire others, but we also want them to understand the hard, tedious work we have to do to make possible advanced technologies, like 3D printing organs.

One of our goals through education and outreach programs at the Biomaterials Lab is to demystify the science that makes these monumental advancements possible. We want students of all ages to see how they can fit into a laboratory like ours, working with 3D printers and biomaterials, or at least grasp the intricacies and merit of scientific work.

Whether it’s through a mechanism like our Annual Biofabrication Workshop, a week-long high school internship program, or an afternoon laboratory tour, the best thing we can do as researchers is to make the work in our labs seem less like science fiction and more like accessible reality.

It’s at the crucial intersection between the inspiration of science fiction and the hard reality of science fact that our best research blossoms and can be understood.

Images courtesy of Rice and UMD.